It is said that famous teachers produce famous students. Here is a case in point with one of Adam Hsu’s top teachers…

Liu Yun Chiao, destined to leave his country and to become an internationally renown Kung Fu instructor, started as a youth in such poor straits that his father hired the service of a Kung Fu instructor just to see if he could be brought back to health. Young Liu’s first teacher was named Chang Yao Ting and he taught the boy such unusual styles as Tai Tzu Chang Chuan (The First Emperor of the Sung Dynasty’s Long Fist) and Mi Zong (The Lost Track Style). Liu gradually regained his health and showed a marked interest in Kung Fu. So his father hired the services of a very famous master, Li Shu Wen. This master was known as an expert in two styles: BaJi and PiGua, both beatiful and powerful forms of martial arts. The first was based on the energies of the Bear and the Tiger, the latter on the Snake and the Eagle. Li’s method was good but torturously difficult. The young Liu spent his first year in nothing but training stances. 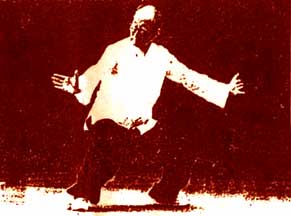 Li Shu Wen was already in his sixties when he taught young Liu, who was to become Li’s last real disciple. But Liu gained the benefit of all Li’s advanced knowledge and theories. Then Liu continued his study to include Six Harmony Praying Mantis (from Ding Zi Cheng) and BaGua Palms (from General Gong Bao Tian).

Liu entered the army and fought against the Japanese invasion starting in 1937 and for eight more years. He then moved to Taiwan and became commander of the airborn troops there along with other military positions. He also became the head training officer for all of Chiang Kai Shek’s bodyguards. While thus engaged he taught many students in Taiwan and organzied the association known as Wu Tan which has produced many graduates. Liu Yun Chiao’s students include many of great fame such as Adam Hsu, Su Yu Chang, Tony Yang and Jason Tsou. 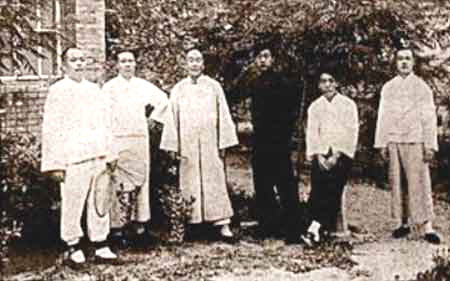 Grandmaster Liu Yun Chiao (black) with his mantis teacher on his right.